You are here: Home » About » Meet Our Dentists 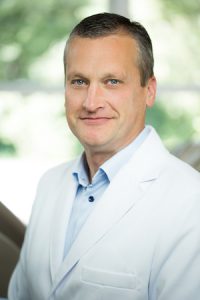 Dr. Downey is a native graduate of Murray County High School in 1990. He obtained a Bachelor’s Degree in Biology from West Georgia College in Carrollton, Georgia in 1996. He subsequently obtained his Doctor of Dental Medicine degree from Medical College of Georgia in Augusta in 2000.

Dr. Downey has been married since 1996 and they have two sons. When not at work he enjoys spending time with his family, golfing, fishing, hiking and traveling.

Dr. Caylor graduated from Pickens County High School in 1968 and received an Associates of Arts degree from Reinhardt College in 1970. He graduated from the University Of Georgia School Of Pharmacy with a Bachelor of Science degree in 1973, and went on to practice pharmacy from 1973-1976 in Atlanta. In 1978 he graduate from Emory University School of Dentistry and moved to Dalton. Dr. Caylor’s practice in Dalton was sold in 2008 but he continued to practice dentistry for the next few years at the same location.

Dr. Caylor joined Chatsworth Family Dentistry in 2015 part-time and after 40 years still continues to enjoy helping patients. While not practicing dentistry, he enjoys being with his wife of 46 years, daughter and son-in-law, and three wonderful grandchildren. His hobby is tinkering with his antique automobiles.